The Suzuki heritage is all about innovation, they are passionate about developing the ultimate outboards, with market-leading performance to power their customers’ boating adventures. Working with a trusted network of dealers and boat builders up and down the country to provide leading Suzuki-powered packages across a variety of applications, including RIBs, sports boats, tenders, fishing boats and commercial craft.

We spoke to Jonny North, Scotland Area Sales Manager for the Marine Division, who has been with the Suzuki family for over 17 years about his ultimate boating experience.

Jonny first became passionate about boating when he was in his early teenage years spending a lot of his time water skiing and enjoying time on the water with his friends and family. He recalls his first memory of boating when, at just five years old, he helped on the Royal Mail boat delivering post to and around Loch Lomond. The Macfarlane family have been running the mail service on the Loch since 1948 and it’s still running today.

Jonny’s ultimate boating experience was on a 10 metre Humber RIB powered by twin Suzuki DF300AP outboards on a quest to visit The Gulf of Corryvreckan whirlpool, the third largest whirlpool in the world off the Islands of Jura and Scarba. He describes it as the most exhilarating boating he’s experienced and quite the adventure. His journey started with getting to the boat, which in itself was quite an escapade; involving traveling over Clachan Bridge – the only bridge that crosses the Atlantic – through the Island of Seil across to Easdale Island where he boarded the Suzuki-powered Humber RIB.

“I felt really privileged to experience this trip with my family on a day with perfect weather for it.” Jonny explains. “I was confident taking on the expedition because I had complete trust in the reliability of the Suzuki engines.”

The 12 NM round voyage took him past the Isle of Luing, which is known for its own breed of cattle, further south the family saw lots of wildlife including sea eagles and seals. They approached the Gulf of Corryvreckan whirlpool just before high tide and Jonny explains the excitement of dropping into whirlpools and using the power of the Suzuki outboards to drive out of them. “Suzuki’s award-winning technology provides features and benefits that make boating so much more powerful and enjoyable.” He continues, “The twin DF300AP outboards had tremendous acceleration during operation for all speed range and this was achieved by the Variable Valve Timing used to control the open and close timing on the intake valve, this also offered smooth, powerful torque.” He added, “Stable steering gave the boat great handling performance and meant there was very little vibration,” – this comes from Suzuki’s offset driveshaft as it means the engine powerhead is positioned closer to the front, moving the outboard’s centre of gravity forward.

Jonny said he’ll never forget the feeling of boating in the eddies and whirlpools and the sensation of the turbulence. He is keen to get back on the water and he expects his next boating adventure will be on Loch Lomond with a trusted Suzuki behind him.

We also caught up with Mark Beeley, National Sales Manager for Suzuki Marine, whose first memories of boating are on family holidays. His RIB boating started in the 1980s during his time in the air force in the Island of Benbecula in the Outer Hebrides. He then went on to marine engineering in the early 1990s. Mark has been with Suzuki for over 13 years and has experienced many ultimate boating experiences during this time, including three trips around Britain, four around Scotland, two around Ireland plus many more channel trips.

Mark says, “I’ve never been let down by a Suzuki, and I have put them to the test with excursions to Holland, Belgium, France and a trip to Gibraltar. Even a 350 NM trip in under 24hrs from Pwllheli to Kyle of Lochalsh in just a four metre RIB didn’t put the Suzuki DF50A under any strain! But my ultimate boating experience would have to be the Arctic challenge I took part in.”

Mark took on the Artic challenge onboard a 6.3 metre Humber powered by twin DF90A Suzuki outboards. The trip started in Wick, went via the Shetland Islands and then 250 NM to Norway.  Mark described the 1000 NM trip up the coast as breath taking, “The scenery was stunning and I saw so much wildlife including killer whales, sea eagles and dolphins! It’s an experience I’ll never forget and it’ll always be a highlight of my time out on the water. The boat made for perfect transport and the outboard handled the expedition efficiently and effortlessly. The Suzuki Troll Mode System meant we could keep the boat running at a certain speed in low revs without having to operate the throttle on the boat, which was a great benefit!”

The trip took 10 days in total and the Suzuki Lean Burn Control System, which supplies the right fuel and air mixture depending on the navigation conditions, significantly improved fuel economy especially whilst cruising which meant that the boat and crew could stay out on the water for longer. A highlight of the trip for Mark was boating in and around the Lofoten islands which offered spectacular scenery.

Keen to get back on the water, Mark expects his next boating adventure will take him exploring Northern Ireland and the west coast of Scotland – watch this space!

Suzuki’s range of award-winning technology, leading the industry with and designs outboards open up all sorts of opportunities for boating adventures. 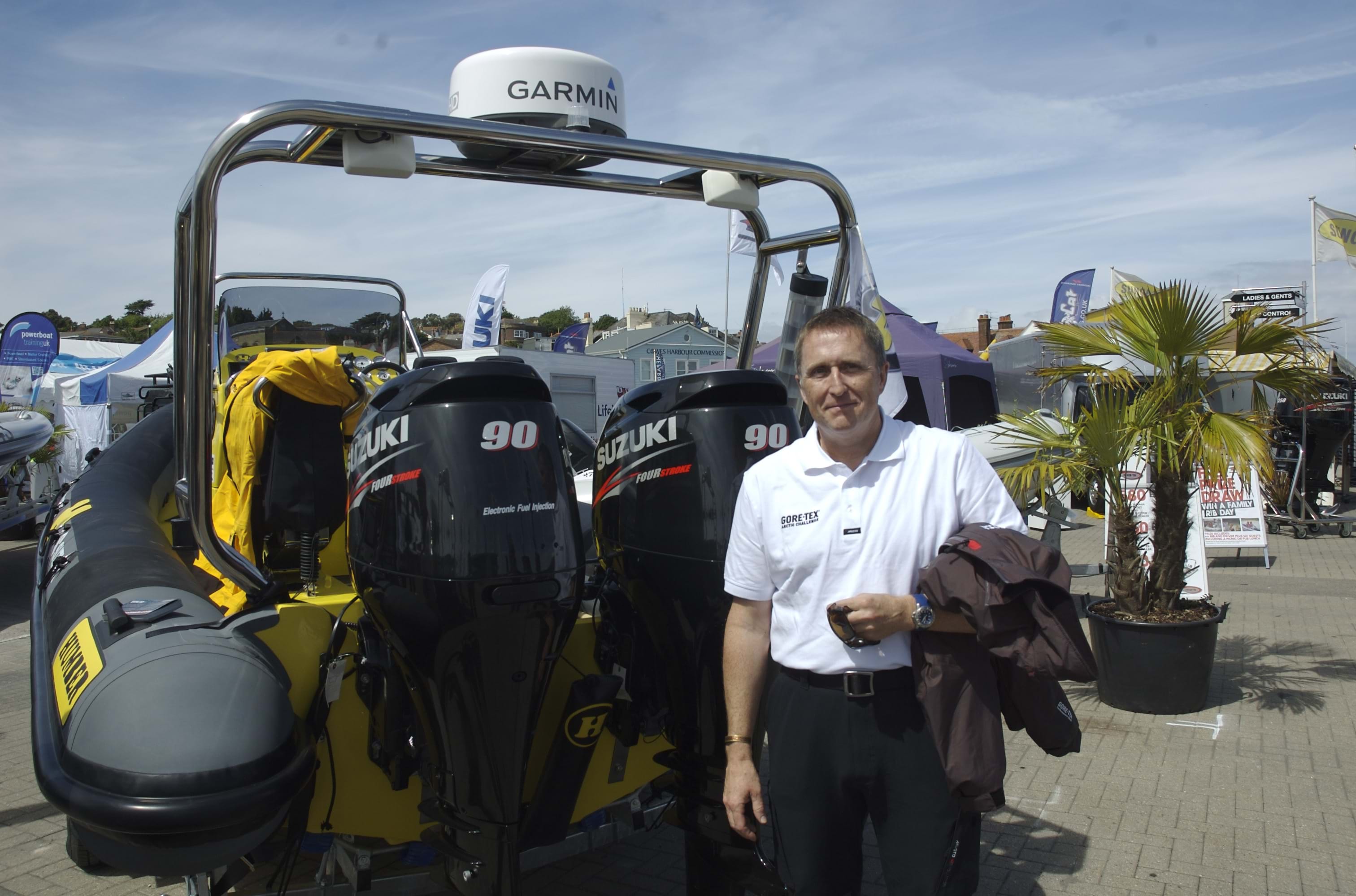